"Where has Lena Jackson been all our lives?!?" -Insomniac Magazine

"The socially conscious poet and rapper Lena Jackson served up poignant lyrics that are damn near capable of peeling the lead out of public housing paint." - Thomasi McDonald, INDY Week

"The essence of the [Hip-Hop] genre is the ability to turn poetry into rhyme; Lena Jackson does this well in her debut" -Voiceless Music 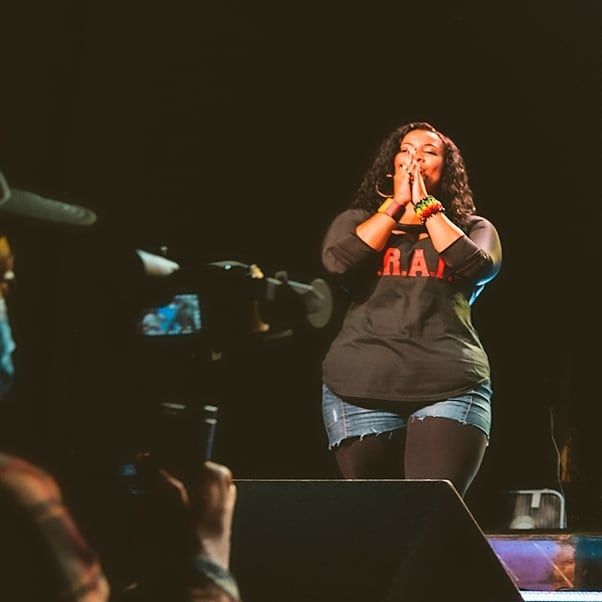 Born and raised in poverty stricken neighborhoods, Lena grew up with music as a main source of comfort, and writing as therapy. Jackson started penning poetry as a child, but in her early teens became intrigued by rap cipher sessions she would see in school cafeterias. Her obsession with hip-hop inspired her to exchange poetry stanzas for rap bars, and sharpen her craft as a hungry emcee.

Lena Jackson has been featured on Shade 45, NPR, and ABC.  Additionally, Jackson has been showcased by the North Carolina Arts Council and featured in INDY Week’s publication as one of “Fifteen Women To Follow” on NC's hip-hop scene.

Affectionately referred to as "The Wolf" by her musical peers, Lena Jackson’s aggressive cadences and energetic performances expose her raw talent and spirited personality. With profound messages, eccentric personality, and powerful delivery, Lena Jackson is hungry to interject a different, deeper and doper perspective in rap.